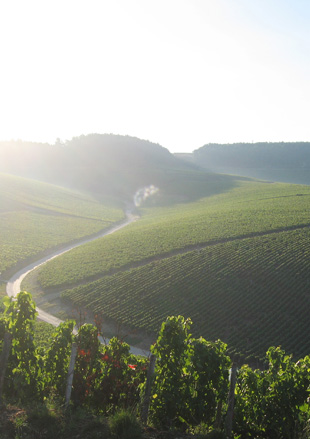 2016 / An unusual and astonishing vintage

The winter months were mild but the cold weather and plenty of rainfall spread over the spring, accompanied by harsh periods of frost in late April. Nevertheless, as the temperatures increased, the bud break suffered no crucial delay. In May it was the hailstorms that delayed the flowering.

From July, and almost until the harvest, the weather became happily summery again, with moderate warmth, drought and sunshine.

Although the harvest was reduced due to the climatic mishaps of the spring, it has resulted in wines that are dazzling in freshness and delicacy.