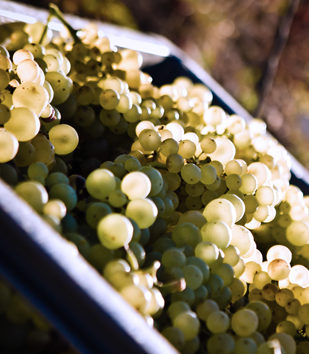 The beginning of the year proved to be sometimes mild, sometimes cold, with a pluviometrical deficit. Then the temperatures have got milder and favoured the earliness of the vine and bud-break. However the dropping of April temperatures caused frosts that impacted some grands crus. Then the weather became rainy and unsettled in terms of temperatures, leading to the disruption of the blooming and to a sizeable flower abortion. Moreover the increased pressure of diseases was perfectly controlled thanks to the watchfulness and rigour of our vine-growers’ team. A beautiful, dry, hot weather returned from mid-July to endure until September. That’s why the grapes reached an optimum maturity while remaining healthy. The wines are amazing for their perfect balance between concentration and freshness, and such a balance indicates a good ageing potential.